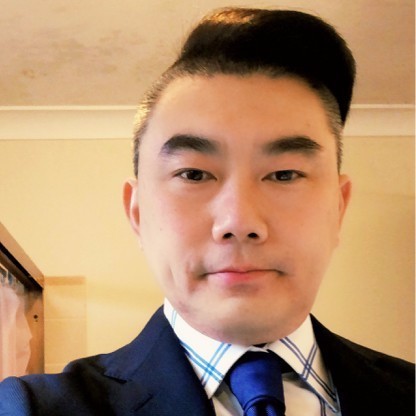 Aragorn Guan is a certified in Microsoft Azure and currently a Senior Data Engineer for an AWS consulting partner and comes with over 15 years hands on experience. Aragorn Guan is a leader in the cloud market working across various data engineering and data architecture projects in the public and private sector.

Do you think there has been a market shift?

Cloud computing has been dominated by AWS since day one, when it entered the sector in 2006. Now, Synergy Research Group’s figures for Q3 2019 have AWS as the clear market leader globally for public IaaS and PaaS market share at 33 percent, followed by Microsoft at 16 percent, Google at 8 percent and Alibaba at 5 percent.

In 2020, Canalys offers a similar representation of the cloud provider market, with AWS holding 32% and Azure holding 19%. So, I do not think there will be a huge shift in terms of market share in the near future for cloud computing.

What would the best piece of advice that you would give someone looking to develop their skill set in cloud technology?

You can start to be working with one cloud first and then move slowly to gain more experiences for multi cloud environment.

What do you think are the best features of AWS and Azure?

Starting with AWS, the key strength for the market leader continues to be the breadth and depth of its services, with more than 175 across compute, storage, database, analytics, networking, mobile, developer tools, management tools, IoT, security and enterprise applications, at last count.

Microsoft as “a strong number two to AWS”, thanks to its combination of Azure, Office 365 and Teams. Microsoft is often seen as the safe global bet, but most clients have more than one cloud vendor.

Those organisations that seek good AI and machine learning capabilities, along with translate, search, and security have been gravitating towards Google Cloud Platform.

What are your thoughts when a job specification says you must have AWS or Azure?

If a job specification mentions AWS and Azure, it means they need a very senior candidate (architect level) for the position.

If AWS or Azure that means they just need a median to senior one.

Do you think one of your most recent projects in AWS could have been completed in Azure or vice versa?

Yes, basically for big data/AI projects which I have been engaged can be implemented to AWS/Azure/GCP without too many changes. But for cloud infra/DevOps perspective can be included more difference between different cloud vendors.

What are the main challenge(s) for using each technology?

one area AWS falls short to some degree is with its hybrid cloud strategy, where it has tended to be dismissive of the benefits of on-premise private clouds. As outlined above, the vendor is slowly coming around to the idea though.

Another downside to AWS is the scale of its offering. While having these options to pick from is attractive, it can also be difficult navigate the large numbers of features that are on offer, and some see AWS as being a complex vendor to manage.

As someone with hands on experience with both which would you recommend to companies looking at implementing cloud, AWS or Azure?

As I said before if your company has been heavily invested in office 365, Microsoft SQL server, Microsoft team, Azure DevOps, go for Azure. Otherwise thinking about AWS/GCP.

If you were given the ability to change something in one of the Azure or AWS, what would it be?

AWS scale of its offering. While having these options to pick from is attractive, it can also be difficult navigate the large numbers of features that are on offer, and some see AWS as being a complex vendor to manage.

What is something that Azure has and AWS doesn’t or vice versa?

AWS and Azure offer many similar capabilities, so it’s not necessarily a matter of one provider being “better” or “worse” than the other. It all depends on what your business needs. No matter which provider you ultimately decide to go with (or even choose a different provider than AWS or Azure), you’ll be reaping the benefits of a hyper scalable cloud solution that can meet your growing business needs.

Where do you see cloud technology in future?

In very broad terms, AWS continues to lead the way in terms of offering the widest range of functionality and maturity. It continues to be the clear market leader, but the gap is closing.

But it appears that Microsoft has started to bridge the gap between the two, and will continue to do so with its ongoing investment in building out the Azure cloud platform and further plans to strengthen ties with its on-premise software.

For organisations already heavily invested in Microsoft in terms of technology and developer skills – of which there are undoubtedly many – Microsoft Azure will continue to be a strong proposition.

Aragorn Guan is a certified in Microsoft Azure and currently a Senior Data Engineer for an AWS consulting partner and comes with over 15 years hands on experience. Aragorn Guan is a leader in the cloud market working across various data engineering and data architecture projects in the public and private sector.