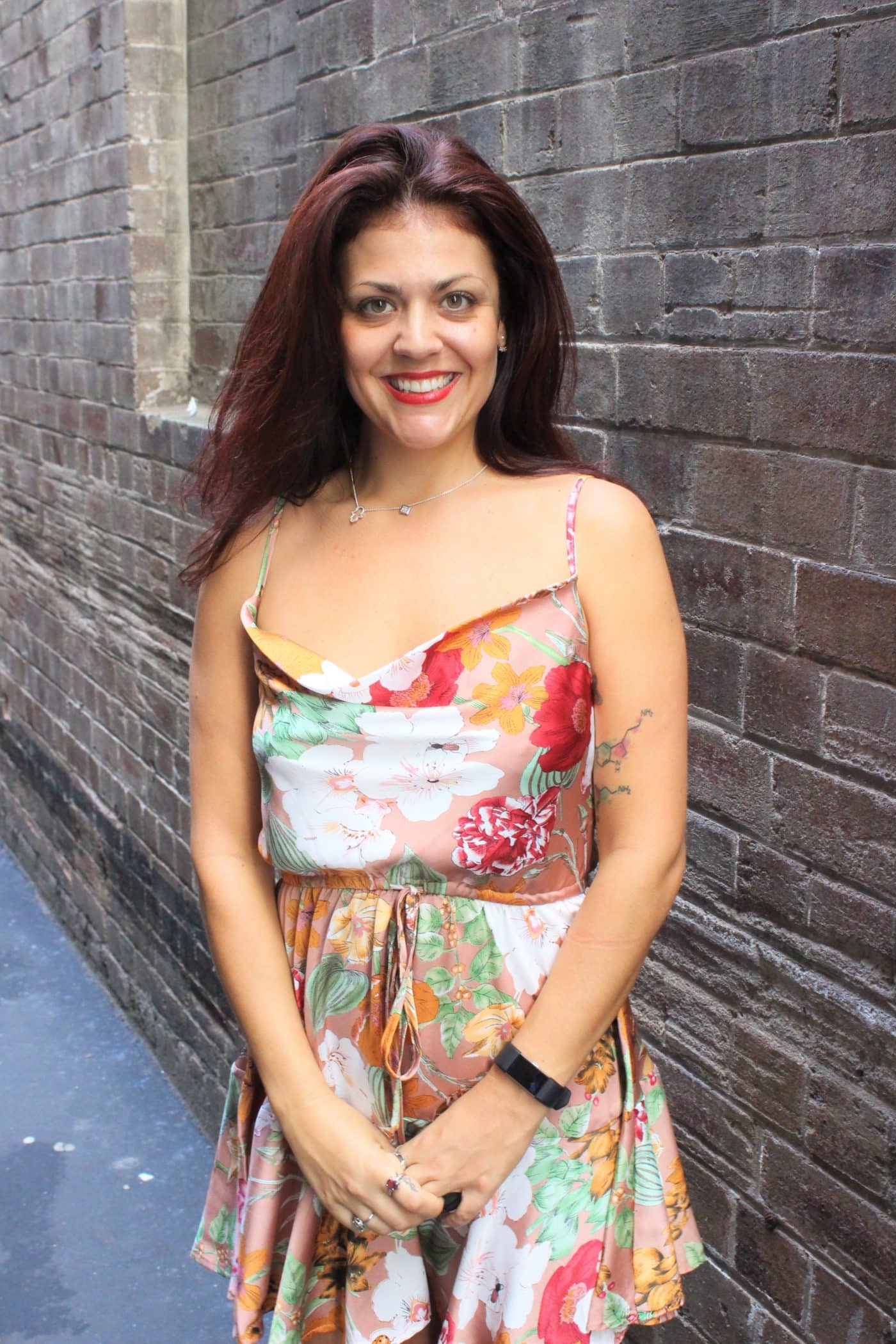 Jaden is originally from Sydney, Australia and has joined Precision Sourcing as the new Digital Marketing & Operations Coordinator. After several years as an Office Manager and Executive Assistant, Jaden decided it was time for a career change. After studying Digital Marketing at the renowned college General Assembly, Jaden paved the way for her new position amongst the precision team.

Outside of work, Jaden can be found singing at venues across Sydney. Jaden also is an avid fitness and health advocate, and is also a qualified Group Fitness Instructor

The 3 Tech Toys I want for Christmas!

As I approach the festive season as a near 30-year-old, a thought crossed my mind.

‘What do I actually want for Christmas?’

At approximately 6am this morning I jumped on my scooter post ocean swim and my fitbit fell out of my helmet – lost forever. My partner kindly offered to replace it as my Christmas present and in doing so I had a flashback to those Christmas mornings as a child. Oh, the wonderful TECH TOYS.

Huge boxes under the Christmas tree. Toys toys toys. Make your own slime, nail kits, a discman with my very own spice girl CD. All the good stuff. And although the Fitbit is the ‘adult version’ of a gadget, I wondered 20 years later – how far technology has progressed in the tech toys game.
So I hit the internet machine (my favourite adult tech toy) and pulled together the top 3 tech toys I want for Christmas! 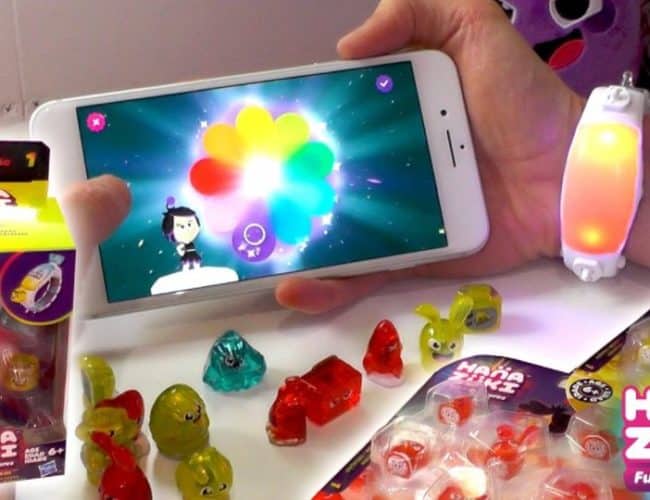 This tech toy is going to save a lot of money in therapy in later years. When I was a child we had mood rings or bracelets that indicated ones mood based on body temperature. As an adult I now realise this was a complete gimmick.

The Hannazuki Moodgleam Bracelet allows children to attach different coloured charms to their bracelet. These charms dictate different moods. The bracelet comes with two charms included and extras can be bought separately. Each charm is synced to the compatible app via Bluetooth. Children can then follow Hannazuki and match her mood or choose their own moods. The more they interact with the app- the more games unlock. They can also interact with the other characters within the app in relation to how they’re feeling.

With over 100 different charms and 10 moods, the Hannazuki Moodgleam Bracelet is an awesome way for children to get in touch with their feelings. It allows them to express themselves in a very conscious and reflective manner. 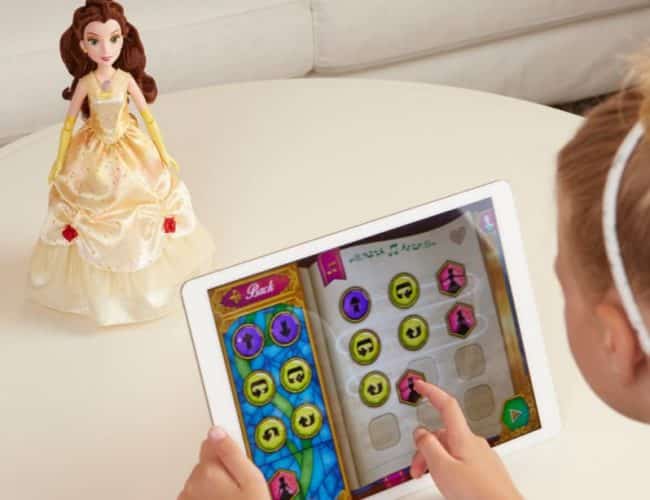 Dance code Belle, donning a gold ball gown can be programmed by children of all ages. This is via a free app that is available across IOS & Android.

Dance code Belle is more personable than coding a big block robot and as a woman, I love how pretty Belle is! She has over 100 different dance moves and 7 songs to sing 😊

What I love most about this toy is how it tests gender stereotypes. Gender stereotypes are formed between the ages of 5-7. Working in the data and technology industry, I have seen firsthand the gender inequality across the roles within this field. At Gumtree Australia we hired a woman CTO – Roisin Parkes. Currently at Precision Sourcing we run Australia’s largest tech diversity event called Women in Data. These are fantastic examples of businesses empowering women in the workplace. Encouraging more women into fields dominated by men.

I wish I had one of these as a child. I remember playing Barbie and in hindsight, playing dress ups was so boring! If only there had been a problem-solving aspect. With ‘Dancing Belle’ I expect there will be many more woman CTO’s on the horizon. 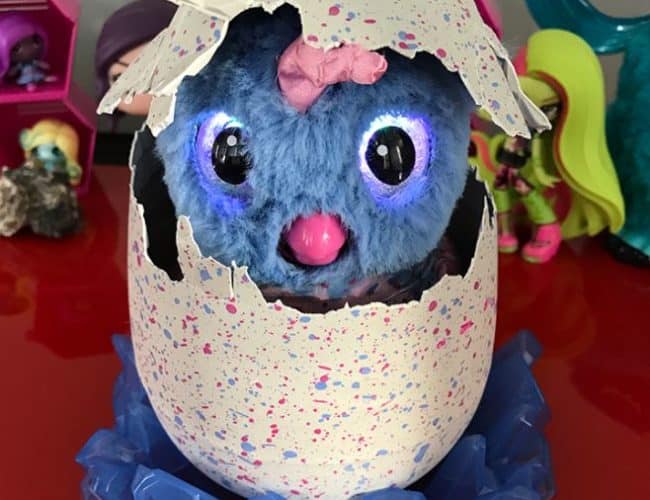 What is a Hatchimal? In a nutshell a hatchimal is a furry virtual pet. An animal crossed with a bird to create a brand new new species- There are 11 species!

Think of a Tamagotchi that made love to a furbie. Hatchimals have 3 stages of life, and as a proud new mother to 9 puppies- this toy definitely has appeal.

The Hatchimal arrives in an egg. This egg needs to be massaged, warmed and hugged for anywhere between 7 minutes and 40 minutes until the cute little hybrid creature is released.

As the egg gets closer to hatching you will be able to hear the Hatchimal inside, and it’s eyes light up from the inside. You will only know what type of Hatchimal you have received when it finally breaks itself out of it’s shell. AMAZING.

The next stage of life is a newborn which further moves onto a child. As the Hatchimal grows, it’s eye colour will change to notify you what it needs. Food, water, playtime. As the hatchimal grows into a child, interactive games will unlock!

My last memory of tech toys was a GigaPet. This was like a Tamagotchi but you could choose a dog or cat. Despite  being a dog person I chose the cat Gigapet. I remember how torturous it was to keep that thing alive. The more I left the cat alone- the more it grew. Super frustrating!

All I know is that I am definitely visiting Kmart this weekend and heading straight to the tech toys section! Merry Christmas everyone!

Jaden is originally from Sydney, Australia and has joined Precision Sourcing as the new Digital Marketing & Operations Coordinator. After several years as an Office Manager and Executive Assistant, Jaden decided it was time for a career change. After studying Digital Marketing at the renowned college General Assembly, Jaden paved the way for her new position amongst the precision team.

Outside of work, Jaden can be found singing at venues across Sydney. Jaden also is an avid fitness and health advocate, and is also a qualified Group Fitness Instructor